Keukenhof ( in Dutch, “Kitchen garden“), situated in Lisse, the Netherlands ( halfway between Amsterdam and The Hague), is also known as the Garden of Europe, which is the world’s second largest flower garden following the Dubai Miracle Garden. 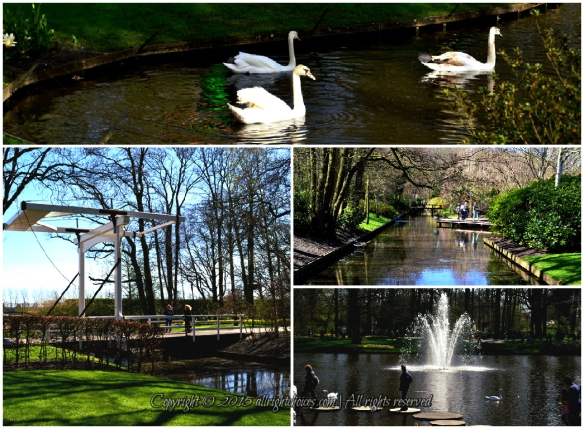 The origins of the garden goes back to the 15th century, when Countess Jacqueline of Bavaria, Jacoba van Beieren, gathered fruit and vegtables from the woods and dunes around, for her Castle kitchen. 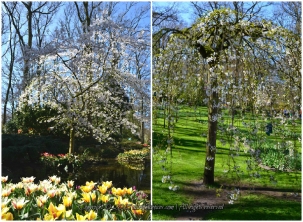 Later on, in the 1850’s, the landscape architects Jan David Zocher and his son, Louis Paul Zocher, were asked to redesigned the castle’s gardens, which became the basis of Keukenhof, as we know it today.

Only in 1949 the idea of a permanent exhibition of spring-flowering bulbs, appeared, and this is the moment when Keukenhof became a spring park, opened every year, for 3 months only.

With approximately 7 million flower bulbs planted annually, on an area of 32 hectares, Keukenhof is a fascinating place for spring flower lovers.

The Origin of the Famous Tulip

As we learn something new everyday, I think it’s important to mention that contrary to my belief, the first cultivation of the tulip began not in Netherlands, but in Asia.

The Tulip was originally a wild flower growing in Central Asia, cultivated first, by the Turks, around 1,000 AD. The flower was introduced in the Netherlands in the 17th century by Carolus Clusius, a famous biologist from Vienna.

The flower is called tulip, after the Turkish word for turban!

Because he was hired by the University of Leiden to research medicinal plants, he brought back some bulbs from Turkey, for his garden in Leiden. This was the start of the amazing flower fields we can see today. 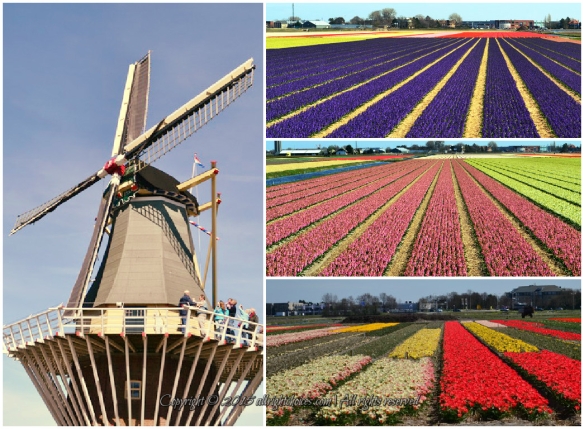 In the 17th century, the tulips were used both as a garden decoration and medicinal purposes and soon became a trading product, being sold for unbelievable high prices. The traders made large amounts of money, to the point where people started to sell their businesses,homes, farm and animals, only to participate.

The over-supply led slowly to lower prices and dealers went bankrupt, moment known as the “Tulip Crash”, when the government introduced special trading restrictions for the flower.

The flower became so popular because of the bright colors,which was a way to impress among the wealthy.

If you visit Keukenhof by public transport, I recommend taking the Keukenhof Express bus 858, from Schiphol, or the 854 from Leiden Central Station, as there’s no direct connection from Amsterdam to the garden.

If you plan to visit by car, make sure you leave early and get ready for a long and frustrating traffic jam. Because the garden is open for only a short period of time every year, it attracts a large number of tourists from all around the world, which makes the area very busy.

The best part about visiting a new place is always the company, so I want to thank my blogger friend, Gin, for the wonderful opportunity of meeting her, in person, at Keukenhof. What really makes a place beautiful, is the wonderful people you travel with, so I would say the tulip adventure was just perfect!