Venezia (also known as City of Water, City of Masks, City of Bridges, The Floating City or City of Canals), situated in North-Eastern Italy, is the world’s only pedestrian city, sited on a group of 117 small islands, separated by 177 water canals and linked by 409 beautiful bridges, which divide Venice into 6 districts, called Sestieri. 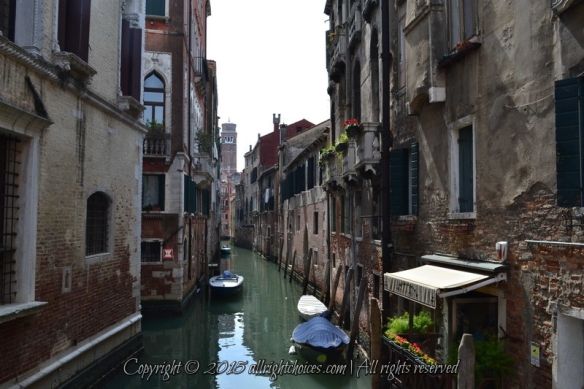 The absence of traffic, makes the city a pleasant experience, while you go back in time, through the narrow streets, between gorgeous last-century buildings.

Since the 1980’s, when the Carnival of Venice was revived, the city has become a major centre of conferences and festivals, attracting visitors from all over the world. The artistic and cultural side, combined with the numerous attractions such as St Mark’s Basilica, the Grand Canal, and the Piazza San Marco, turned the City of Masks into a top tourist destination, in the past decade.

Back in Time – Origins

Former capital city of the Republic of Venice, the name of ‘Venezia’ is derived from the ancient ‘Veneti’, the people who inhabited the region in the 10th century BC.

It it known that the original population of the City of Water consisted mainly of refugees from Roman cities near Venice, and lagoon fishermen, who were fleeing the Germanic and Hun invasions taking place in the region.

With the construction of ports, the city soon started dominating the Mediterranean Sea and became the most prosperous city in all of Europe, in the 13th century, trading extensively with the Byzantine Empire and the Muslim world. For short periods of time, it was conquered by Napoleon and also became part of the Austria-Hungary.

The buildings of The Floating City are constructed on alder trees wooden piles (known for their water resistance), the foundations rest on plates of limestone placed on top of the piles, while the buildings are made out of brick or stone. The piles sit on a layer sand and mud while the bottom part penetrate a much harder layer of compressed clay, which prevents the wood from degrading, as fast as it does on the top part. 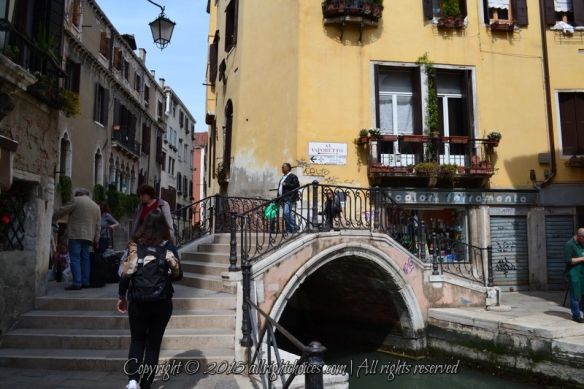 If you expect to drive around the city, you’re going to have a hard time, as besides the main entrance road and railway located in the northern part of the city, transportation within Venice is done in the old fashioned way, by water or on foot.

The very famous luxurious gondola, decorated with velvet seats and Persian rugs, is mostly used nowadays by tourists or ceremonies. At the front of each gondola we find a large piece of metal called ‘ferro,’ (iron), which consists of six bars pointing forward representing the Sestieri of the city, and one that points backward representing the Giudecca (an island in the Venetian Lagoon, in northern Italy).

You can also use the vaporetti (water buses) and water taxis to get around the city.

My first choice was walking, in order to see as much as possible of the gorgeous city, and I must say, it was a very interesting experience. I got lost while moving down the narrow streets, following the arrows pointing to a certain location, when the arrows suddenly stopped appearing. As the city is not that big, and you can reach the other end, in a few hours, I managed to find my way around, eventually reaching Piata Di San Marco. 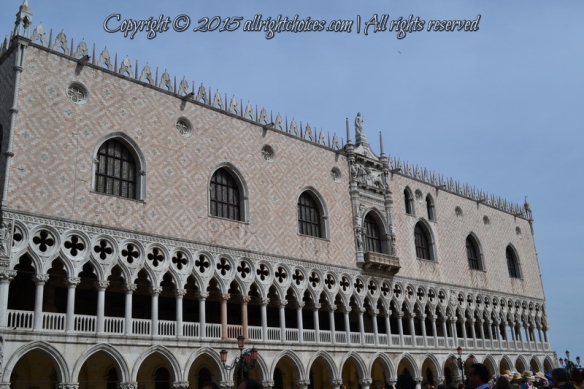 The funniest part was to end up a dead end street, and by this I don’t mean the traditional dead end street, we’re all used to, when you are surrounded by walls, but you reach a street which ends in a water canal, or in the sea. Quite a fascinating experience!

Also, I might have a reputation of having food taken away from me by different birds, on different occasions, but I never had this happen to me, to such an extent, ever before. You can’t really buy street food (especially if that food is called pizza), and eat peacefully on the street, unless you want to get attacked by pigeons. Yes, it really happens, and I couldn’t even tell them off, as they were so adorable 🙂 Sharing is caring, I suppose?!

The downside of Venice, in the warmer season, is the number of tourists, which increases every year, while the city becomes overcrowded, turning into a walking museum, as the narrow streets are jammed and impossible to walk on, without bumping into someone, or waiting in line to move forward.

All in all, Venezia offers a unique experience, and it’s a city definitely worth visiting.