If you use Facebook you probably have at least one friend like this. Which friend I’m talking about? That friend who’s always single during the week, in a relationship during the weekend, and has the acute need to advertise it, like every person they meet is THE ONE.

Then breaks up, deletes all the pictures, and posts a status in which drama is overflowing into every one of their friend’s News Feed. After a few such dramatic posts, someone tries to be ‘nice’ and asks: ‘What’s wrong?‘ or ‘What happened?‘. The answer comes shortly after: ‘I don’t want to talk about it.’ or ‘Message me on private‘. I always have to wonder: Why on Earth do you whine about it in public then, if you don’t want to talk about it?!

This person is very heartbroken, posts quotes about how the nasty ex is guilty for everything bad happening in the world (Ebola and the Global Warming suddenly appear into the picture) and about how strong you have to be during such moments.

After this, the period when the friend tries to appear happy arrives. They post pictures with descriptions like: ‘With my friends xoxo‘ , ‘My dog who won’t break my heart like others do‘, ‘On this amazing trip, getting drunk and having fun‘ and so on. 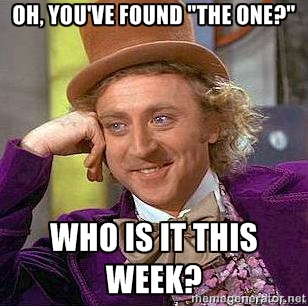 And this goes on and on for months, until he/she is in a good mood after being in a few months of stable relationship (what an accomplishment! *rolling eyes*) during which you are bombarded with pictures of ‘the meal we ate together‘, ‘us holding hands at my fish’s funeral‘, and other such ‘important’ moments in the life of a couple.

If they don’t break up (which involves again deleting pictures, and posting nasty quotes) they get married after five months and divorced one year later, when the cycle restarts.

I’m talking about that friend which goes on the profile page and when Facebook asks ‘What’s on your mind?‘, takes it too seriously, and uses the wall as a tissue.

Why would some people who barely know you (coworkers, colleagues from school, people you added to play games with) be interested in what’s going on in your bedroom? Isn’t it a bit embarrassing to invite in your bed a bunch of strangers? Oh, you post it for your ex? Right … Please, tell me more about how those posts will fix things between your two, or make him/her feel worse about the way things didn’t work out.

Why does Facebook need to know what’s going on in your private life? If your future employer looks through your profile, would he feel impressed about your changing dates more often than your underwear?

Believe me, no one cares! You just amuse some of your ‘friends’ (usually the ones who ask for more details and act interested) and get others to pity you, and delete you from their list.

So, do yourself and us all a favor, stop being such drama queens and stop wiping your nose on a status message. Invest the time wasted for all this nonsense, into actually fixing and dealing with what needs to be solved.

I apologize for the large amount of sarcasm, but it just had to be said 🙂

7 thoughts on “Relationship Status: Who cares?!”