This is quite a delicate subject, but because of the image Romanians have abroad, especially in Europe, I’d like to clarify a few aspects for those who hate and blame, without knowing the true story behind the appearances.

I did my share of travel around Europe, and it happened a lot of times to have people walk away on me after they find out I’m from Romania. Even worse, I was asked what’s my real nationality, because I can’t be a Romanian, as Romanians are black?! Wait a minute … I can’t tell you how much those events hurt, but they did taught me something: ‘Do not judge people based on their nationality‘. Even better: ‘Do not judge at all’.

I know other groups, like Muslims, get identified often as terrorists, because of the acts of a few individuals. Same happens to us, as Romanians, but that just doesn’t apply to every individual coming from that group, and judging them in such a way, might make you lose the chance to meet unbelievable people, and in the end, it’s everyone’s loss …

Because of my image as a citizen of Romania, in the European space, I learned to adapt, first give people a chance to know me, and later tell me where I am from. Do this in reverse order, and some might decide that you are there to commit crimes, steal or beg and don’t want to have anything to do with you. Don’t get me wrong, I don’t blame people for hating most part of the population coming from my country. With all the crimes, and begging and not acting proper in a society, I also wouldn’t be very happy about having them around. However, what most Europeans don’t know is that we’re not all like that small percentage of people who do the damage, and the population of the country is divided into 2: Romanians and RRomanians (in translation: The Romani, Roma, or Gypsies, whichever term is more familiar). 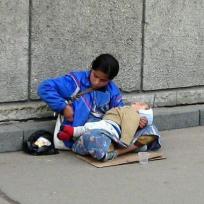 With the economical situation in the country only getting worse, and less and less work places available, more and more people leave, to find a better paid job, somewhere in Europe. And no, Romanians don’t go abroad to beg or steal, but they go there to study or work, very hard, to provide for their families, left back in the country. Same do some gypsies leaving the country to beg and steal (not all gypsies do this, by the way), as the economical situation from abroad also gives them a chance to a better financial situation.

To be honest, I never gave money to beggars and I never will either, and this is not because I am a hateful, mean and selfish person, but I believe help comes from doing the exact opposite, as I know what happens behind the scenes, once you support such an ‘industry’. Also, I don’t believe you should have a bunch of babies and expect the society to raise them for you. It’s cruel towards the child, as you don’t give him any chance to a decent life and education, and is also not fair toward the hard working citizens. For most people, food doesn’t reach the table unless they work very very hard, and when you come from a not so rich family, you find the supporting their situation far away from moral.

I had a talk a few years back with a beggar, and he told me how much he earns, and I was in shock, as … it was double my salary back then! And I need to go to my job, and work hard everyday, sunrise to sunset, for those money. Money don’t come easy, at least to some people they don’t.

The number of kids such a couple have, go all the way to 10-12 or higher, depending on the bride’s age, which sometimes can be only 10-12 years of age, while the groom can be 40 years plus, or even older – illegal ‘marriages’, of course, as the legal age to get married, in Romania is 18, or 16, only with both parent’s approval. Even when the long hand of the law makes it into one of their villages, they all act like no one got married, no one has ever seen anything wrong, the police gets threatened and forced to leave. As the forces of the country are very underpaid, they don’t even believe it’s worth risking their lives for such a matter, so they leave, and the life of the new couple continues.

And the situation is even more severe than this, so I believe everyone should know about it, in order to put a stop to it.

Oh, the good old Romanian joke with: ‘I have 7 brothers back home … ‘. The perfect begging line. However, you can’t just go on the street and beg. It doesn’t work like that, unless you want to get yourself murdered. There’s an entire network behind every begging person, and you beg for that network, with their approval. And they even make a line for you, which you have to say, all day long. If you don’t comply or perform, the consequences are violent and terrible.

As you might already know, for gypsies, the more kids, the better, because they use the babies as tools to touch your feelings so you provide. And you give money and food to a mother with a baby, or to a young child, and the food and money get taken away by the ‘daddy’ who waits around the corner in his Mercedes (typical car for the situation). It’s all a family business, a very extended family, that’s true.

A few years ago, I was in the subway, when 2 gypsy ladies (with 4 young kids and a toddler) took a sit, while the kids started begging around. I overheard, by mistake, their talk, and one said to the other: ‘Oh, this one is already 2 and a half, and he’s getting too old. I need to make another one fast.’. Business as usual … While a normal mothers would worry about the toddler’s first kindergarten day.

Did you notice how suspiciously quiet the babies in the arms of the beggar are? No, the babies aren’t sleeping, but you have all the right to believe that. Let’s be honest, how do you make a baby/toddler sit still, in the same spot, and not get bored, a whole day? The babies aren’t sleeping but they are drugged! Yes, they give them drugs. Of course, a children’s body is not able to cope with such a shock and often dies, sometimes even during the ‘work schedule’. You might think that’s the end of the theater? No, the mother has to hold the dead child in her arms, until evening, as the rules of the game are as such.

Even worse, some go as far as mutilating themselves or their children, just to look a bit more impressive, so you will give away some extra cash, while others pretend having health problems or issues with their limbs, and get up and start running, at the end of the ‘work day’. The latter happened in front of one of my friends, who used to give money to a ‘handicapped’ boy, until one day, when a miracle happened, and she saw him get up and walk away, heading home, like any person would, after a day of work. Lesson learned, I suppose.

Most of Romanians clued in on what’s going on, especially when you see the poor beggars driving Mercedes around the city (still dressed like the poorest people you’ve ever seen), and living in real palaces. Not houses, but palaces. Try to drive through one of their towns, and click pictures (it happened a while back to a reporter from UK, who barely made it out alive, after recording the reality of the houses they live in). Here’s how some of their houses look like, just so you understand where your money go to:

… And we don’t provide for their lifestyle anymore. Less and less people do. So, they leave, not only because Romanians are poor and can’t afford to give them stuff, but also because people got of sick of seeing so much laziness and abuse.

Again, this is not meant to sound racist or judgmental in any way, as some gypsies are hardworking people, and do provide for their families, and live normal lives. Such a situation makes them look bad as much as it makes us as Romanians look bad, and gets them as well as people like me, to be discriminated severely in the European society. And we’re all part of the problem, by supporting the wrong kind of behavior.

Still, people from abroad don’t know what’s really going on. Not yet. If you want to help the poor, go to a state institution or NGO dealing with supporting people in need. There you can volunteer or donate and get informed about what else you can do, to improve someone’s life. That’s the correct way to go about it, not by encouraging all of the above.

You have to power to stop the begging, the discrimination of all Romanians and the abuse! Next time you give money to help a poor mother with a child, or to a young child begging on the street, please think again about what’s the moral thing to do. Think about the cruelty and abuse behind the ‘business’. If you don’t encouraging such a behavior, it will stop and they will eventually have to look for a job, as all people do, and treat their kids as human beings, not as tools for making fortunes. 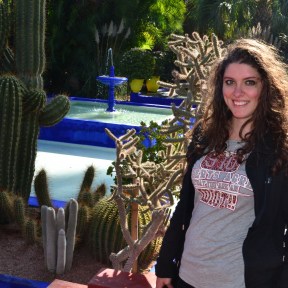 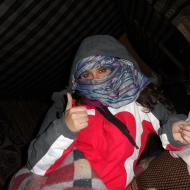 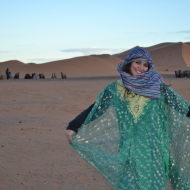 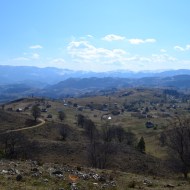 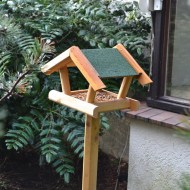 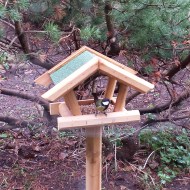 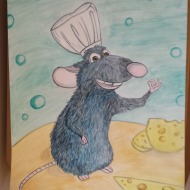 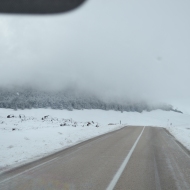 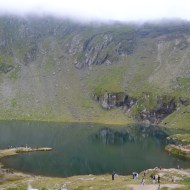 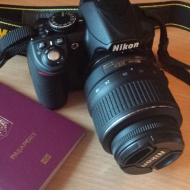 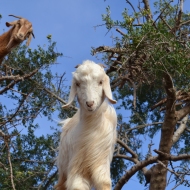 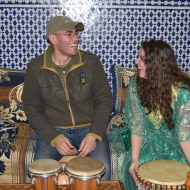 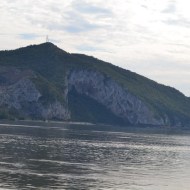 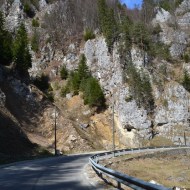 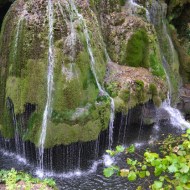 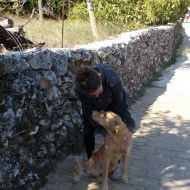 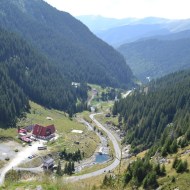 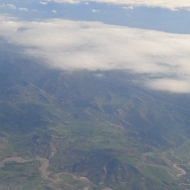 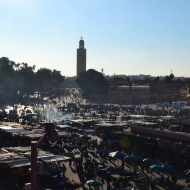 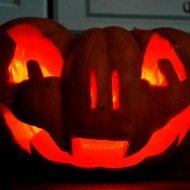 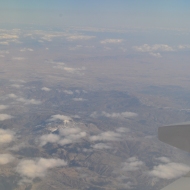 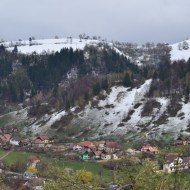 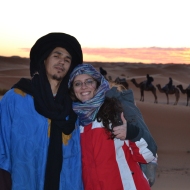 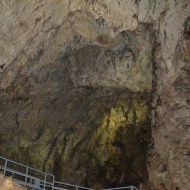 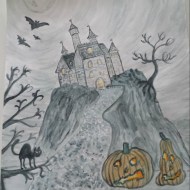 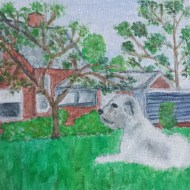 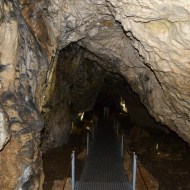 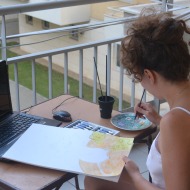