Austria’s 4th largest city, birthplace of Wolfgang Amadeus Mozart, with an Altstadt (old city) listed as a UNESCO World Heritage Site since 1997, Salzburg is probably one of the most beautiful cities in Europe.

The first settlements of Salzburg date all the way back to the Neolithic Age, and were merged into one city during the Roman Empire times.The city was named Salzburg, with means Salt Castle, honoring the barges carrying salt on the Salzach River, in the 8th century.

Salzburg, as the capital of one of the Austro-Hungarian territories, became, through time, home for a large number of Protestant emigrants and emigrants from regions of the Kingdom of Hungary, as refugees from the war.

Even if during the World War II, the bombing destroyed 7,600 houses and killed 550 inhabitants, the Baroque architecture was preserved and the city rebuilt, blossoming year after year.

The High Salzburg Fortress, is located at an altitude of 506 m, on Festungsberg, a small hill situated in the heart of the city, which offers visitors probably the best view over Salzburg.

Measuring 250 m in length and 150 m in width, Hohensalzburg is one of the largest medieval castles in Europe.

The construction of the fortress, originally designed as a simple wooden fortification, began in 1077, under Archbishop Gebhard von Helfenstein, and was gradually expanded during the following centuries, until 1462, when the ring walls and towers were built, under Prince-Archbishop Burkhard II von Weißpriach.

Even if the main purpose of the fortification was protection, the only time it actually came under siege was during the German Peasants’ War, when in 1525, the townspeople tried to force Prince-Archbishop Matthäus Lang out of his position, but failed. 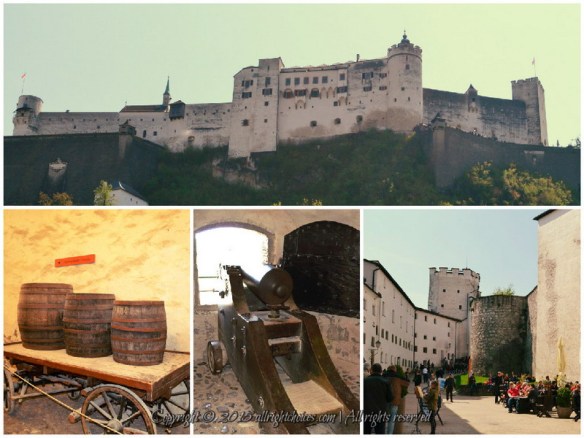 Nowadays, the castle, with various wings, chambers and a beautiful courtyard, is open to the public, and if you want to visit, you can get there either by cable car or by foot. As usual, I had to choose walking, so I can stop on the way, and admire the gorgeous view over the city. I must say, I wasn’t disappointed at all!

The Makartsteg Bridge – Locks and Love

Named after the 19th century painter Hans Makart, the bridge over the Salzach River is the most modern bridge in the city center, with 20,000 pedestrians crossing it everyday.

However, this is not what the bridge is so famous for. The fence of the bridge is covered in a sea of locks, brought there by lovers from all around the world, which are meant to declare their eternal love.

Even if this is a bit cheesy for my taste, I must say I was impressed by the large number of locks. Also, I couldn’t help but wonder how does this work in case of a break-up. Do you go back there, jump in the river, look for the keys, find them (right … good luck with that) and get rid of the evidence? 🙂

Either way, the shop owners selling them, are very happy and thankful for all the couples who feel the need to write their names on fences (not sure what happened to the good old romantic dates where people brought knifes along and carve their names on trees). 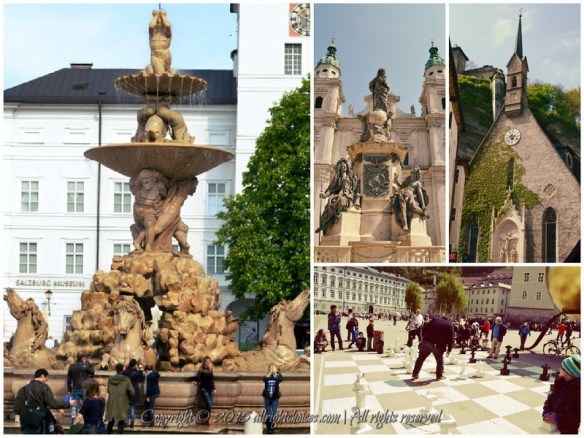 With plenty Romanesque and Gothic Churches and Cathedrals, a perfect blend of baroque and classical modernism buildings and a beautiful contemporary architecture found in Salzburg’s old town, the city is definitely not lacking variety.

Regardless if you stop by to visit the historic center or the Alpine surroundings, Salzburg is full of culture, history and beauty, and ever since my first visit, it’s been on my top 5 favorite cities list.